Spectres of Brocken successfully funded a full digital edition and physical book on Kickstarter on 13 October 2022! You can still get the free demo, and the full book will be available to buy digitally here and limited physical copies at selected online retailers when it's done.

I remember those hot summer days when we skipped classes to cool off by this creek.

I remember our arguments in the dining halls, our competitions in the sims.

How did it come to this?

Those days are over. We knew nothing of the world then.

I know better now. I know what needs to be done.

I know I have to win this, to end this war. Even if it means killing you.

Spectres of Brocken is a role-playing game about making friends and then years later going to war against them in giant mechs.

Years later, find each other on the field of battle, each in your own fearsome custom mechs. Find out who you've become. Find out what you've all done to get here. Find out what costs you would pay to get what you want in the world.

You can play Spectres of Brocken with 3-4 players, without needing any one player to take a game master role as everyone shares responsibilities as players for running the game. You could also designate an experienced player to facilitate the game and provide prompts and rules guidance. The game system is largely inspired by the No Dice, No Masters system used in Dream Askew and Dream Apart, by Avery Alder and Benjamin Rosenbaum.

Spectres of Brocken is played over two phases - the Academy Phase and  the Conflict Phase.

At the start of the game, you create your Pilots and set up the world you'll be playing in. By default, this should get you set up with a cool sci-fi setting where mechs play a critical role but the full game will also come with some alternate worldbuilding templates for settings with giant kaiju or magitech kingdoms.

You then populate the Word Bank with Words based on aspects of the world and character dynamics that you're interested in exploring through play. This forms a palette of sorts to draw from during the game.

In the Academy Phase, you will play out scenes of your pilots getting to know themselves and each other. Flesh out your pilot's personality and bonds to learn who they are and how they relate to the world and each other.

You gain Words when your pilot reveals something new about their personality in a scene or you push scenes towards ideas that players have flagged as interesting. You can then spend them to confirm what Traits and Bonds your Pilot has and act decisively to push scenes towards resolution.

Find out who you are and what you want from the world.

You then fast forward years later to the Conflict Phase, keeping any  Words you've collected in the Academy Phase. You then play out scenes where you meet each other again on the battlefield as ace pilots, using your custom mechs to turn the tides of war for your respective factions, fighting against your former friends.

However, some actions  will have to be paid for with Blood. This is because you have giant machines of war at your disposal, and the consequences of your actions are amplified. You'll define the features that make up your personal custom mech during this phase, reflecting your Pilot's quirks and desires in exaggerated form.

Find out how you will leave  your mark on the world, and what costs you are willing to pay to do so.

To play, you will need: these rules, a character sheet per player, copies of the Moves and Scenario prompt sheets, copies of the Conflict Sheet to track game information, writing implements, some small items like beads or counters for Blood Tokens and optionally some notecards or memos. You may also want some 8-sided dice handy for randomisation.

The PDF below contains a preview of the most recent version of the rules, along with relevant sheets. The game is still under development, and you can expect changes to come before it gets finalized for release, but this preview should be enough to get a game going.

Here are some actual play videos to show how the game is played:

Influenced by Three Houses and Naruto, but also by Gundam and Friends at the Table’s “Counter/Weight” season, Spectres is a game that explicitly emulates stories about students facing each other across battlefields, torn between the love they once shared and their devotion to their causes. It’s exactly the kind of narrative-focused game I want to see in the world, and I’m so glad it’s finally being released. Go to class, have big feelings, and have it all fall apart as the world is consumed by mecha warfare. High school never ends, you just graduate to the frontlines.

Yooooo thanks so much for the video, I'm really glad that people are loving this very specific classmates-to-enemies dynamic that I also love and wanted so much to play with through this game.

I've had the pleasure of playtesting Spectres of Brocken in the past. It has such interesting mechanics that lead to really interesting, interwoven character arcs over one story. Can't wait for the full release! 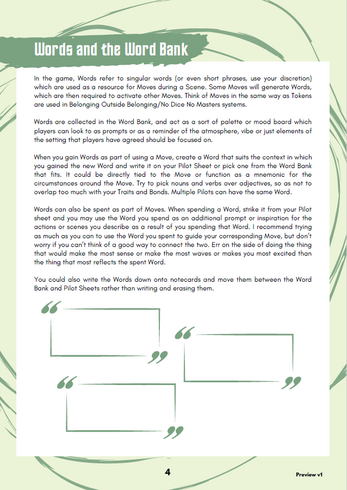 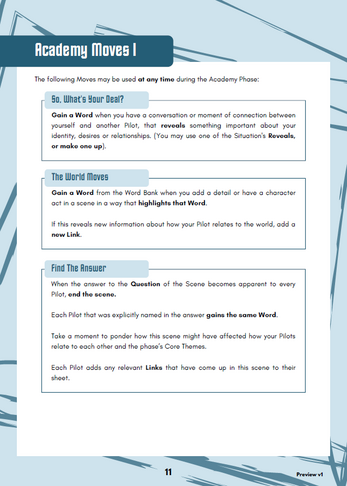 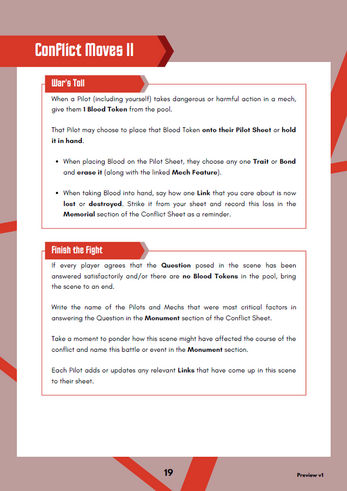 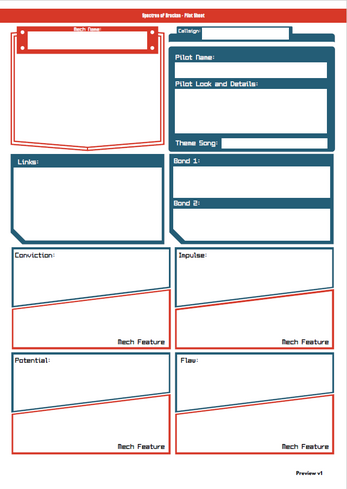