Noble Flame Xi-Rho: Buyer Friends is a hack of Mobile Frame Zero: Firebrands and The King is Dead, originally designed by Meguey Baker and D. Vincent Baker and Powered by the Apocalypse.

Also special shoutout to Chefkiss by Adira Slattery for inspiration on how to model online interactions in the game.

You are all fans of the long-running mecha anime franchise Noble Flame Xi-Rho (aka Brilliant Flames of the Nobles ξ-ρ), which is about the struggles of pilots of the titular mechanized Nobles and their experiences of different wars and conflicts through various incarnations. The franchise has a reputation for aggressive merchandising which includes plastic model kits, action figures, statues, miniatures and replica props, bolstered by its strong multimedia offerings spanning multiple TV shows, movies, web animation, comics, novels, videogames and tabletop games.

You are also members of a Noble Flame ξ-ρ online community, specifically the #buyerfriends community focused on collecting the plastic model kits. Not all of you have the same approach to collecting these. Maybe you only collect the Mechanics Grade line because you appreciate the engineering that goes into them and you like the process of building them. Maybe you only collect models related to your favourite character, the charismatic masked pilot Scar Cascabel. Regardless of your purposes or philosophies, you’ve come to know each other through this community of collectors and may even consider each other friends.

Each player needs a copy of the rules playbook (downloadable below), or at the very least each player should have a copy of the summary sheet describing each minigame and there should be at least 2 copies of the playbooks available for reference.

You will also need 2 standard playing card decks. Separate the deck into Nobles (Jacks, Queens, Kings, Aces, Jokers), and Numbers (2s to 10s) and Jokers. Set the Jokers aside for now, then shuffle the remaining Nobles together in one deck, the Numbers together in another deck.

At the beginning of the game, each player will create and introduce a character, using the rules for introducing characters on the next page.

Then players take turns choosing Channels (except for #noble-con-meetup), which are games and scenes to play with other players. Each Channel has its own set of rules on how to run the game or scene which usually involve conversation and negotiations between players. Play easy, play fair, and always let other players make their own decisions for themselves.

Each player should have the chance to choose at least 1 Channel and you may play multiple rounds if you choose. When you feel as a group that you’ve reached a suitable interesting point in your relationships or if any one player has collected 4 Nobles, pause play and check in with everyone if you are all ready to move on to the final Channel (#noble-con-meetup). If not, you may continue with other Channels until all players are ready. Once all players are ready, start the final Channel, where your characters finally all physically meet each other at a convention celebrating Noble Flame ξ-ρ. 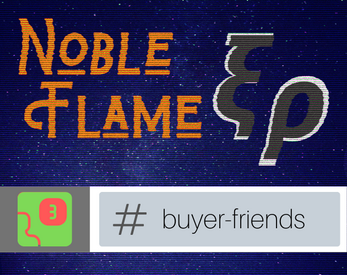 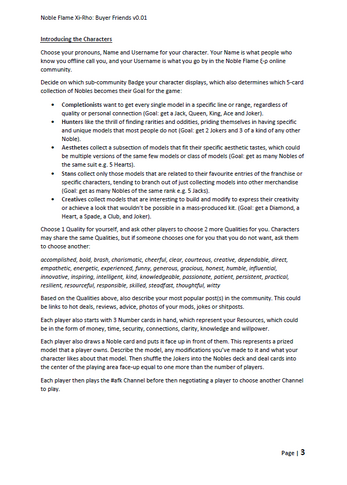 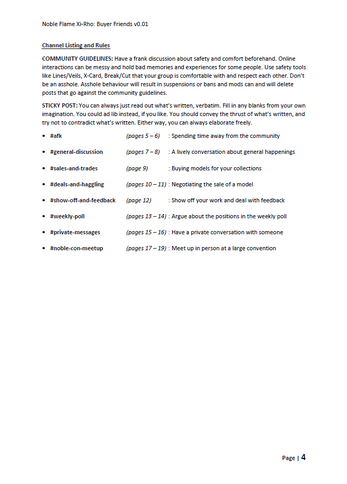 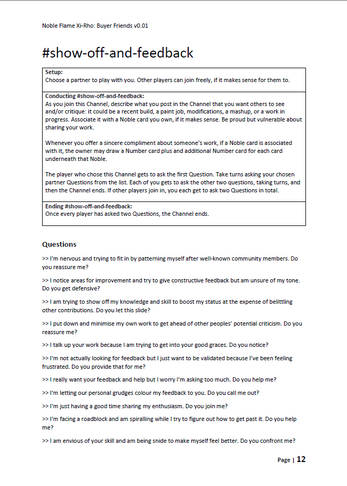 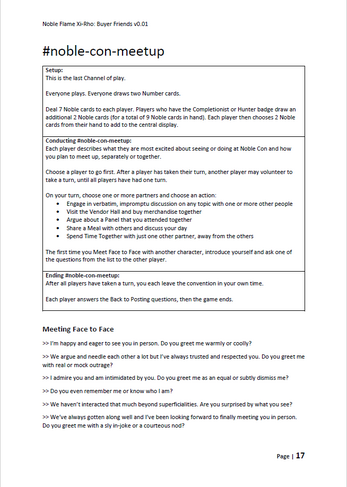