Based on the belonging outside belonging framework by Avery Alder and Benjamin Rosenbaum (https://buriedwithoutceremony.com/belongingoutsidebelonging)

Far From Home is a game about immigrants and outsiders. It’s about exploring what it means to live and thrive in a culture that is not fully your own. It’s about how you piece together an identity drawing from multiple cultures, yet never wholly belonging to either.

You will create Characters and define who they are in the beginning, how they see themselves in relation to their Home and to the Hegemony they now live in.

In order to download this game you must purchase it at or above the minimum price of $10 USD. You will get access to the following files:

Far from Home is a game about immigrants and outsiders. I love its clever use of the Belong outside Belonging system to explore the experience of being part of a diasporic group.

Wow, this is really awesome. Thank you for making this. The dynamics between the Hegemony, the Circle, and the Enclaves are so simple, yet they perfectly capture how societies work. Any recommendations on where I could find people to play this with?

Thank you for checking it out! I'm not sure what your situation is with playing games online etc, but I'd probably look to RPG communities like the Gauntlet or Roll+Bond which are geared towards story games and other indie RPGs. Hope you're able to find a good group to play with :)

Far From Home is a 3--5 player ttrpg about outsiders. It runs on the Belonging Outside Belonging engine, so it's narrative first and foremost, but it also commits more heavily to the idea of belonging outside belonging than any other game I've seen with that system, and it starts its game by venn diagramming  where your characters stand in relation to the forces around them.

By default, Far From Home doesn't have a canon setting---which might have made it feel a little bit bland if my brain hadn't immediately realized it was the setting I'd use to play the Monstress universe. Similarly, I think other ideal settings might jump out at people as they read this, and it's a point in the game's favor that it can generate that kind of automatic response.

Still, the lack of a pre-packaged setting can make it hard to connect to, so if you read Far From Home and no automatic settings occur to you, think back through material that you like and try to figure out where the outsider characters are. When you've zeroed in on them, you'll have solid material that you can play.

The actual game mechanics are relatively stock Belonging Outside Belonging, and are made to be compatible with any setting. If you're a fan of the engine, this is it in a pretty pure form, and may be worth checking out just for that reason.

If you're not a fan of the engine, Far From Home is still a well-made, good-looking game, and may be worth having in your pocket for storytelling-focused one-shots. It's very easy and quick to convert to, and as long as the story you're all telling is about outsiders in some capacity, it will adapt just about anything.

Thanks for checking out the game :) I really like the setting for Monstress as well and it would work really well with the game, so I'm glad that connection was made.

Oh the new Circles rules are EXCELLENT. Just a sentence and now I get it, Circles are created BY the hegemony.

I have to thank you for your questions, they really pushed me to better define what the Circle represents :) 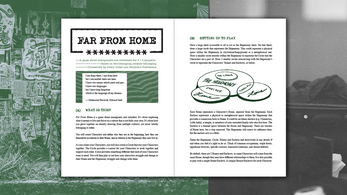 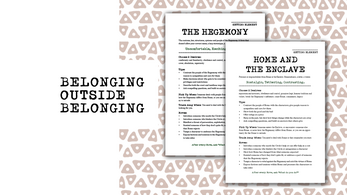 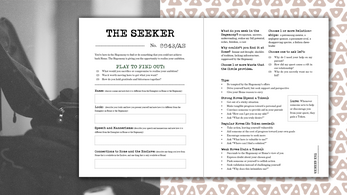