Made for Global Game Jam 2019 – What Home Means to You

You are fellow travelers on a perilous journey trying to make your way home. The goal of the game is to make it back safely. On your journey, you will encounter various challenges using a blackjack-driven card system, and reflect on what drives you on your journey home.

This is a GM-less/GM-lite collaborative story game for 2-5 players. A game should take about 1-2 hours, and you will need a standard deck of playing cards, writing implements and paper or index cards to play.

In order to download this game you must purchase it at or above the minimum price of $7 USD. You will get access to the following files:

Points I think I've figured out by going over the rules a few times, but the wording is a little ambiguous or confusing at first glance, so I ran through a few theories that didn't work before arriving at these:

1) When it's your turn to be Fate, you add the card you drew to 'any previous Challenge cards' and the Challenge cards, having been drawn 'to the centre' are their own totaled stack of cards, not owned by anyone, with a summed value that's being drawn against.

2) The 'personal stack' on the other hand is the one formed by drawing to face Challenges, summed individually; this stack is compared to the Challenge stack to measure personal mortality, and never incremented by more than 8 per turn unless a Risk allows the drawing of two cards, which could run you as high as 16.

3) The instruction that you may only Risk once per challenge indicates that you can choose to do it before your first *or* your second draw, should you get a second go by drawing 9 or 10.

5) Being the last man standing (odysseus) is a victory condition. So is making Blackjack.

This bit is perfectly unambiguous in the rules so I'm sure about this one, I just missed that a mechanical victory condition was even listed until my second more careful readthrough, because of a formatting issue where you've got a bullet point 'if this do this' followed by a *non*-bulleted outcome entry 'if you're all dead you lose.'

Followed by a bullet point 'if this then you win,' which I didn't parse as providing a game-resolution scenario at first, because it didn't match the emphasized-by-not-being-indented game-resolution loss condition directly above it. I kept trying to read that sentence as a set of prerequisites for something following it, which ofc didn't work.

6) This isn't strictly speaking unclear either, just frustrating: it would drive my one friend so crazy that the mechanical definition/impact of Risking an Asset isn't provided in or before the part of the instructions that tell you when and how to do it that she'd loop back a few times looking for the information she'd missed and then ragequit if I just gave her the PDF rip lmao.

Layout here definitely prioritizing minimum page count a bit over maximum intelligibility. Aesthetically I do like the flow of the prose and it's very economical, but a few more paragraph breaks and clearer definition of terms the first time they appear would've helped on my end with getting the thing onto the table.

Anyway please let me know if any of my surmises is incorrect!

Yep, you've got them right! Thanks for the notes! This is really helpful feedback as I work on updating the game. I've got a whole batch of new prompts and tweaks that I'm hoping to update the game with when I get the time. Thanks!

Ithaca in the Cards is a story game for 2-5 players with a blackjack-driven system. You are doomed travellers who left home for a quest. The quest is over, but your way home is even more treacherous. Will you be able to make it back alive?

Hi. This part is unclear, imho:

Ahh thanks for catching that. That should read "If you had Risked an Asset, you also mark an additional Asset as Exhausted". 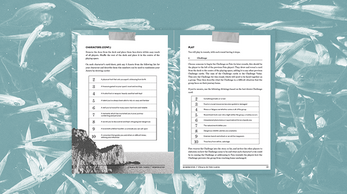 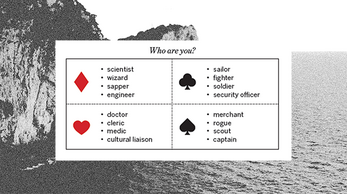 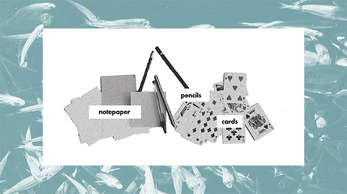