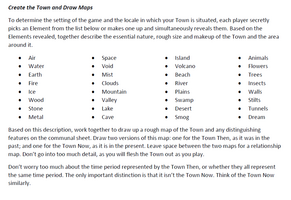 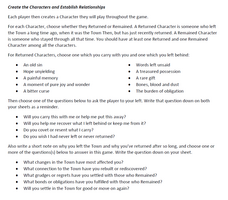 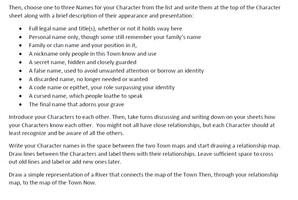 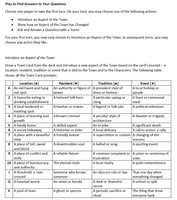 This is a pretty major revision to the game, primarily around the Town map and turn structure.

Players now draw two Town maps, one for the Town in the past (the Town Then) and one for the Town in the present  (the Town Now). I realised that a core theme of the game wasn't coming through, which was the Town's changes over time. I wanted to emphasize that, and the clearest way to do that is to put it front and center in the map. Instead of drawing one map with different takes on how aspects might change through time, the division into two maps should make that sense of change and difference more obvious. 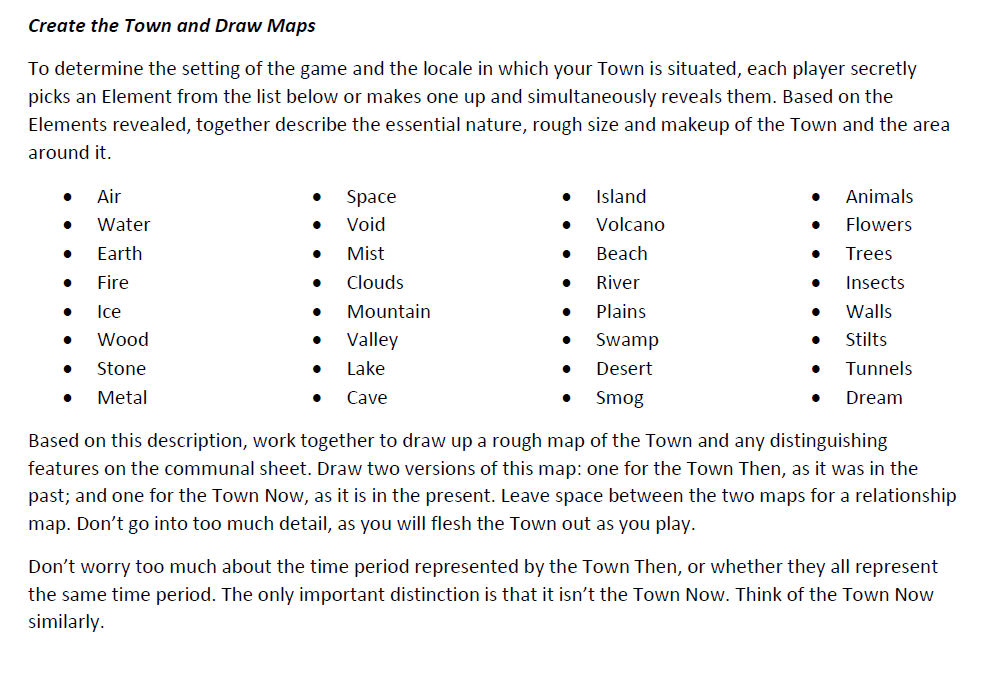 I didn't change much in character creation, though I did push choosing a name to the end. I realised that the other questions were more interesting to figure out up front, and then you can pick a fitting name to cap it off. However the name prompts also let you get one last twist on the character. Players also now draw a relationship map to keep track of how Characters feel about each other and about aspects of the Town. 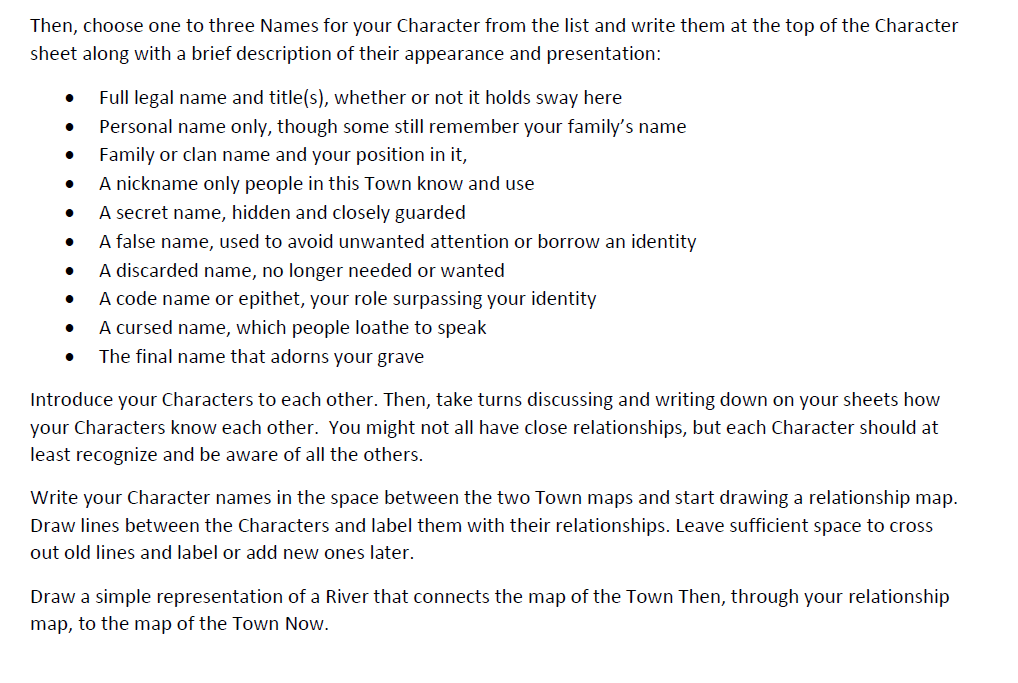 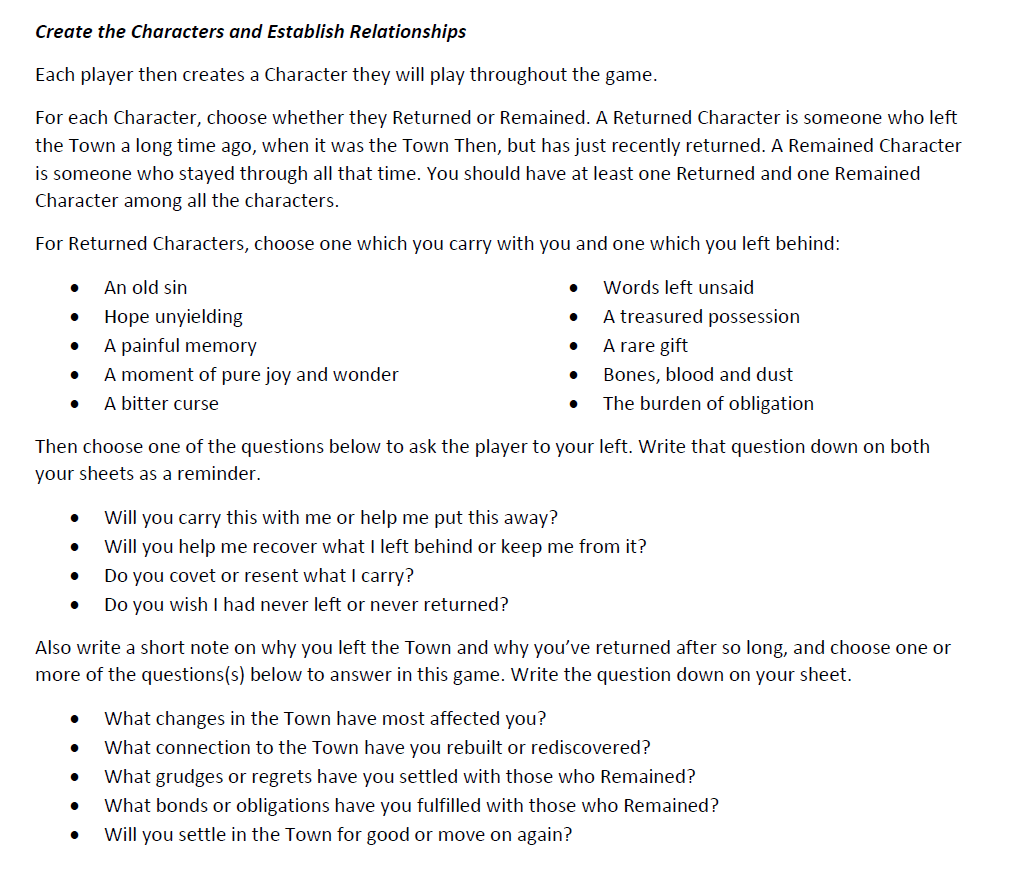 Instead of just highlighting one aspect per round via Scenes vs Reflections, players now choose from three possible actions each turn. I split up the round and turn structure because I wanted to let players play more with the prompts as choosing to add more bits is always fun in a world-building game. The different actions per turn also split the mechanical load so it wouldn't just all rely on scenes as before. 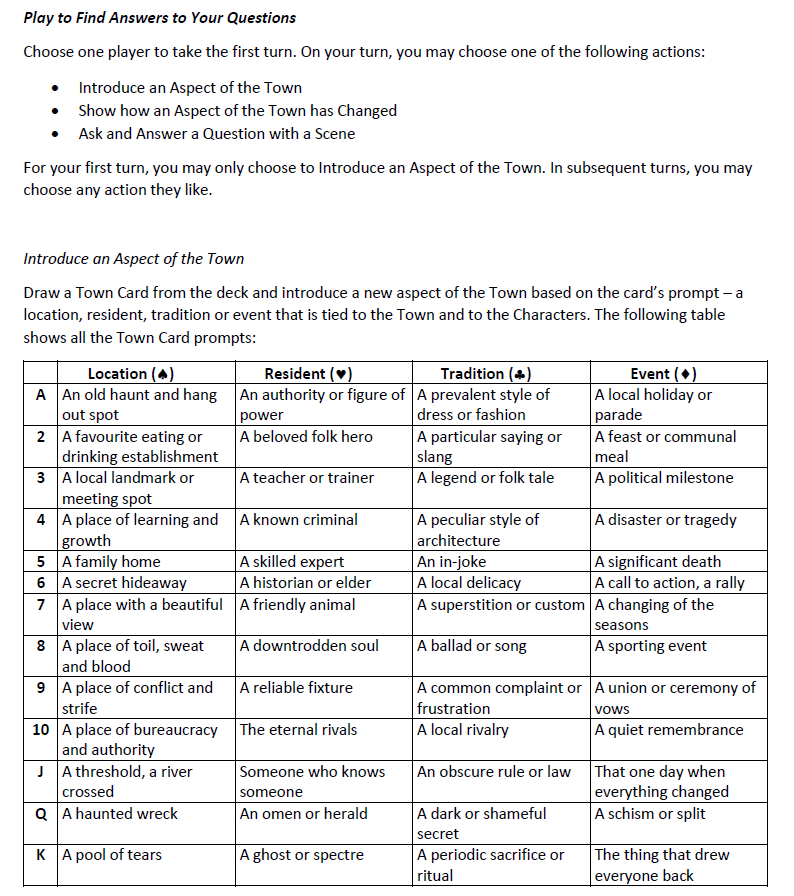 Each action serves a different purpose. . One action allows them to introduce new aspects of the Town. Depending on their Character type, this is either in the Town Then or the Town Now. I wanted this dichotomy between the Returned and Remained Characters because I wanted to focus on the differences between their experiences and lenses and highlight that throughout the game.

The second action allows players to highlight how an aspect of the Town has changed between Then and Now, and also lets players have conversations with each other highlighting how their feelings about that aspect might have changed through the years. I wanted this action to expand on existing aspects, and the conversation follows in that purpose of expanding the scope to more than just one Character's view. 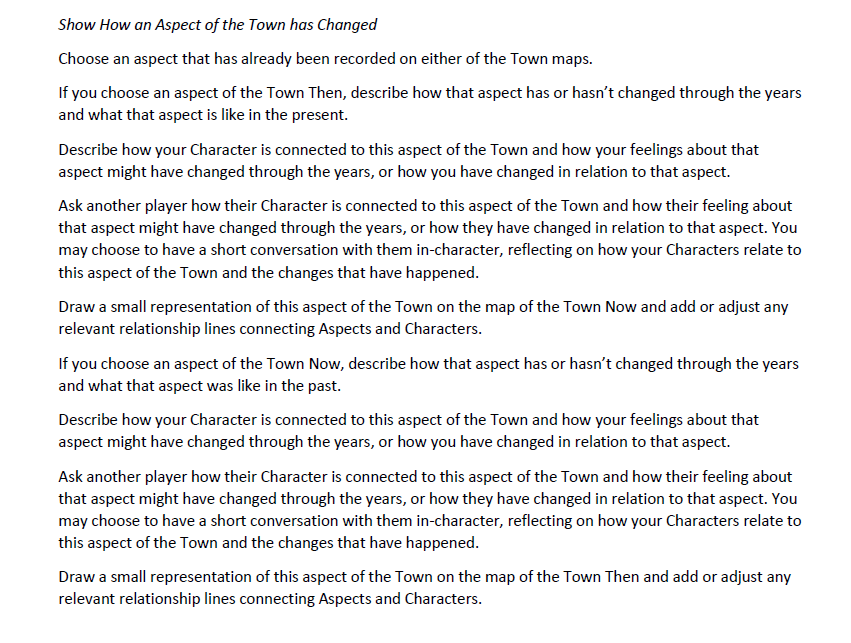 The final possible action is a full scene that aims to explore one of the Character questions that players choose at the start of the game. Scenes can draw on all the foundations laid out by the other actions to help the players focus on finding interesting points of interaction between the characters to get at the answers to their questions. 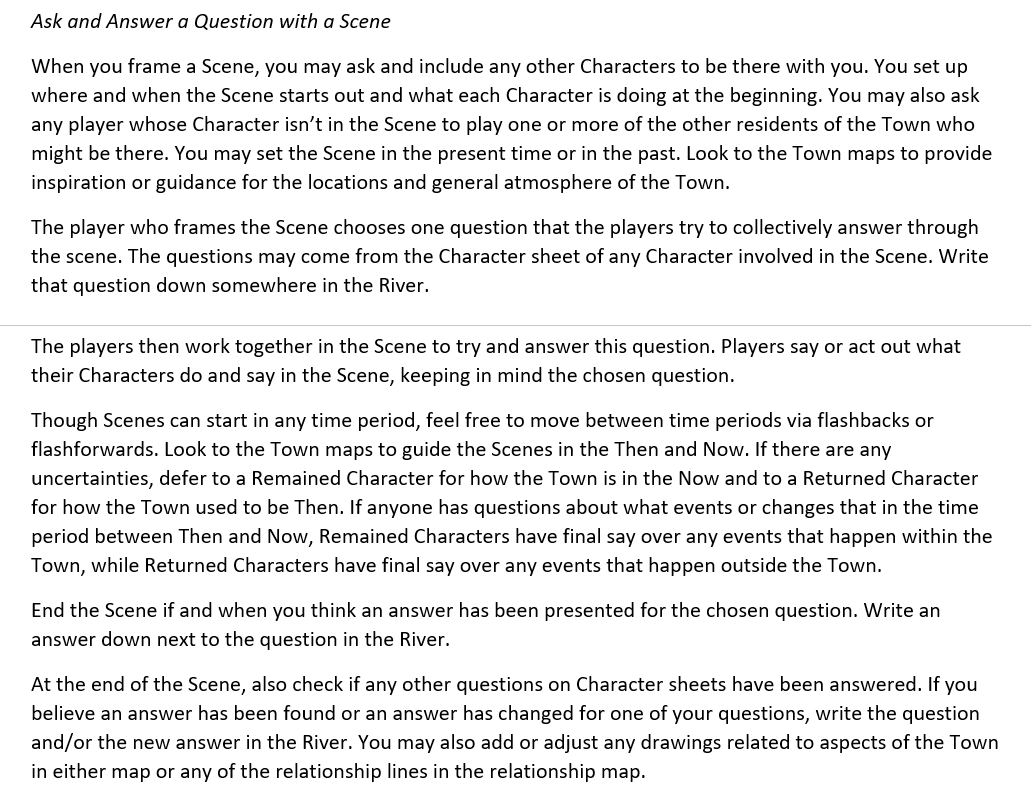 I added the River because I wanted each action to end up with players adding something to the communal sheet, and create a single artifact of play. Even if you lose the character sheets, the Town maps, relationship map and River would provide a nice record of the game. The relationship map follows a similar logic to the River. I wanted to keep things focused on the central map(s) rather than on the character sheet and provide a nice artifact of play at the end.

I'm hoping these changes will help players with the structure of the game and also bring more focus to the themes of the Town and the Characters changing through time.

Get An Altogether Different River